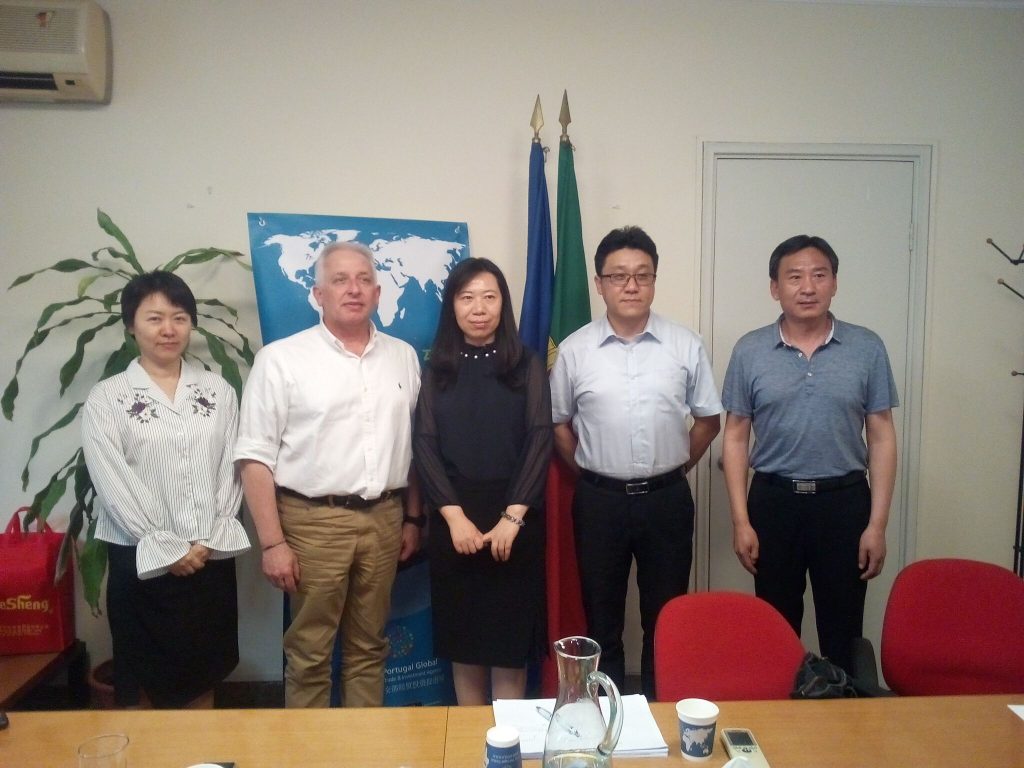 The Internationalization Project of the Portuguese Network of High Performance Sports Centres continues in China, with the visit of representatives of the Portuguese Sports Foundation to entities and local experts of various modalities.

Given the exploratory contacts held by Market Access with the Chinese market, Paulo Frischknecht, President of the Portuguese Sports Foundation was in Beijing between May 14 and 18, 2018, accompanied by the consultant Andrea Portelinha, in order to carry out meetings with the representatives and experts of the modalities, previously assigned.

Over the days designated for the meetings, those occurred continuously during the 3 days. On May 14, 2018, the emissaries met with the Chinese Tennis Association, in the person of Mr. Chun He, Secretary General of the Chinese Tennis Alliance for Teenagers. On the same day, a meeting was held with Bafangdingli Sports and Culture Communication Co., Ltd., represented by its Director of Human Resources, Zhang Hongli; with the Shenyang People’s Association for Friendship with Foreign Countries, represented by Secretary-General, Wand Zijiang and Division Chief, Zhu Gang.

Finally, on May 16, 2018, the day was dedicated to a visit to the Sports Bureau of Changping District, Beijing, with Director Fang Lei and the 2008 Olimpic Water Park, in Shunyi Disctrict.

In addition to the consolidated contacts with the aforementioned entities, a meeting was also held via Skype with the Duo Sports Group (DSG) for incompatibility of the agenda of the participants.

The presence of the President of the Portuguese Sports Foundation in this mission was an important asset to the Institution, not only in the context of this Project activities, but also to foster future agreements, closer strategic contacts with the aforementioned entities, and the Portuguese Embassy in Beijing.