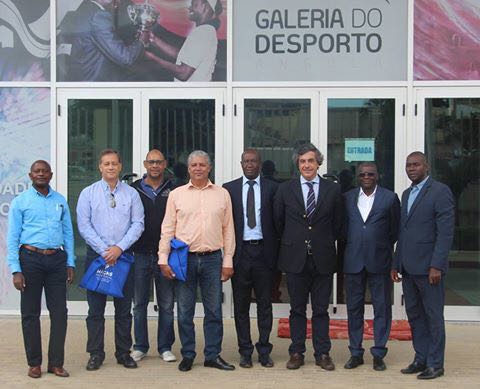 Following the exploratory contacts held by representatives of Market Access with the Angolan market, the consultant Pedro Lopes was in Luanda between May 15 and 18, 2018, to present the Portuguese Network of High Performance Sports Centres on behalf of the Portuguese Sports Foundation, to the different Angolan entities with the following agenda:

The contacts with the aforementioned entities resulted in partnership protocols with the Portuguese Sports Foundation, and the visits of representatives of the Angolan athletics and swimming federations to Portugal, specifically to the High Performance Sports Centres of Rio Maior, Jamor, Maia, Montermor-o-Velho and Pocinho.