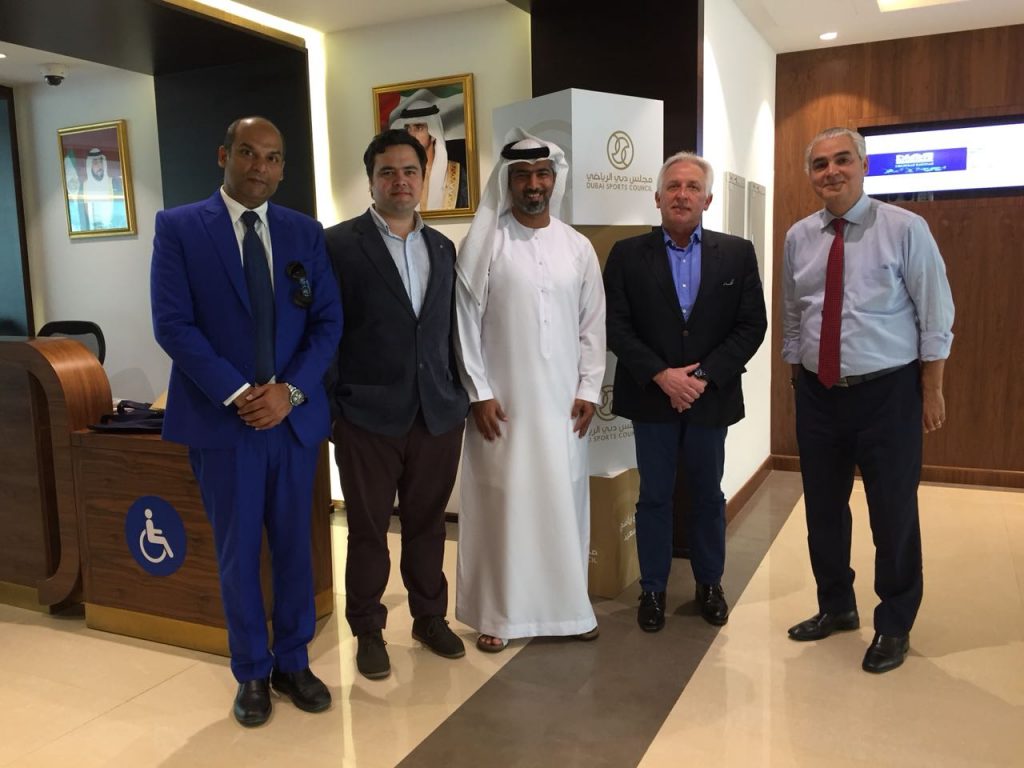 Following the exploratory contacts held by Market Access with the Arab market, Paulo Frischknecht, President of the Portuguese Sports Foundation was in Dubai, Abu Dhabi and Sharjah, between 22 and 25 April, 2018, accompanied by consultants João Sardo and Sunil Belani, in order to meet with various sports entities and specialists.

On April 22, 2018, a meeting was held with the Dubai Sports Council in the presence of its President Ahmed Al Mehri and Secretary-General Shaima Malik; Dubai Club for Disabled, represented by Omar Mohd, Director of Marketing and International Relations; UAE Fencing Federation, in the presence of its Administrator Rami Said and the Technical Director, Ala Essa Labib; Dessert Cubs Sports Academy, with Founder, Presley, President, Farah, Chief Operating Officer, Kay Jee and Chief Financial Officer, Anuj.

On April 24, representatives of the Portuguese Sports Foundation visited the UAE Cycling Federation, meeting with the Coach, Hassan. The following day, 25 April, it was time to visit Dubai Stars – Sportlex, with the Vice President, Rasna Al Khamis and the UAE Swimming Federation, with its President, Sultan Saif Al Samahi and Financial Technician, Mohamad.

The entities contacted, were not only interested in coming to Portugal to know the High Performance Sports Centres in Portugal, but also in establishing future partnerships, so the presence of the President of the Portuguese Sports Foundation in this mission constituted an added value for the institution, either in the context of this Project activity, or to promote the establishment of strategic agreements.